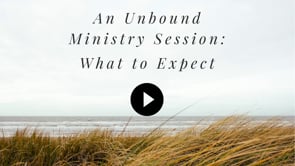 God, Are You Good?

When Holy Spirit takes over...

Have you ever had a divine appointment, an encounter with another person that you know was set up specifically for you? An encounter that led to a moment where you experienced God’s presence and as you responded to the person, the Holy Spirit was already at work in their heart? I had such an encounter a few weekends ago and I am still in awe of our Father’s love for each of his children and his desire to see each of us free.

I had flown to Texas to attend a family funeral for two people, my nephew and sister in law. My brother Jerry died last May, and I attended his funeral in August. Upon returning home, the next morning I awoke to the news that Jerry’s son Shawn died of a drug overdose. Now, six months later Jerry’s wife Kathy died at home of a heart problem. This has been a very tragic year, especially for my surviving nephew who lived with and cared for his parents as well as his three-year-old son. That weekend I was attending the funeral for both Shawn and Kathy.

On the way to the funeral I was alone in the car, worshipping and heard the Lord say to me “forgive Kathy.” There had been some family discord surrounding her relationship with several of us. I did not think I held any resentment toward her but the words “Forgive her” were so clear that I obeyed, asking forgiveness for judgements I had made and listened to and forgiving Kathy in the name of Jesus. I felt a release and quickly sent a group text to my family, sharing my experience and encouraging them to forgive as well. The funeral mass was beautiful, filled with hope and the message that we were created for eternal life with God who loves us. I believe I was experiencing the joy of repentance during mass.

As I entered the restaurant for the luncheon after mass, I was looking for an open seat when Kathy’s cousin asked me to sit with their family. As I spoke with Joe who was seated next to me, I was explaining why Neal was not with me. I told him about our 'Freedom in Christ' conference and the book, Unbound. At this point Joe’s wife was listening intently and when I explained that we help people to process the pain and trauma in their lives and see many of them receive freedom, she spoke up and said “Oh yes areas like resentment and bitterness.” My heart quickened, “She is so aware of areas that need to be renounced.” I responded “Wow, you really understand people’s hearts.” She said “Oh that’s my stuff. I am blocked and I know why, it’s fear”. What a Holy Spirit set up! She not only knew her stuff, but she named what was holding her back, blocking her freedom. She then shared that church for her is walking the beach where she can yell at God, letting Him know how angry she is with Him. I responded, “It is good that you can be honest with God and He can handle your anger, but he wants to speak to you of His love for you and you won’t hear Him unless you deal with all that is blocking you.”

I then explained how we help people and offered to send her the book if she would like it. I also offered that if she read the book and wanted me to walk with her through the five keys, I would be happy to have a zoom session or introduce her to my sister in law who uses Unbound and lives near her. She excitedly gave me her address. That was about a ten-minute conversation where she opened her heart up to me and the Holy Spirit opened the door for her to hear the good news of the gospel and that she could be free.

I believe my heart was open and receptive to the Holy Spirit’s prompting because I responded to His word to me earlier to forgive. The Lord is so gracious, He frees us so we can be a vessel of freedom for others. The gift for me was going to bed that night overwhelmed with joy and filled with a sense of the Father’s incredible, infinite love for us, for me.

Janet Lozano is Assistant Executive Director at 'Heart of the Father Ministries' - the home of "Unbound Ministry". Janet has served alongside Neal for more than forty years in pastoral care, missions and Unbound conference ministry. She teaches at Unbound conferences, with a focus on training others to use Unbound Ministry. Find out more at www.heartofthefather.com